A Deeper Sense of Happiness… 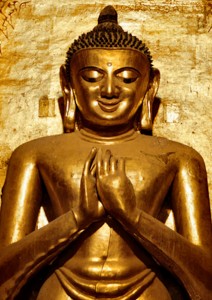 During the Buddha’s time, a group of monks happened upon one of their fellow monastics in the forest, the Venerable Bhaddiya (Ud 2.10). “Ah, what bliss, ah, what bliss…,” they heard him muttering to himself. The monks were worried that Bhaddiya felt disheartened with the spiritual life and was spending all of his time daydreaming about the opulent life he had before being ordained, so they told the Buddha their concerns. When the Buddha met with Bhaddiya, Bhaddiya responded with words to the effect of, “My brother monks completely misunderstood my exclamations. I wasn’t dreaming of the petty happiness of the royal life but, rather, savoring the supreme happiness that arises from the spiritual path!”

I appreciate how this story reveals not only our tendency to make assumptions about other people’s experiences, but, more importantly, shows us that not all forms of happiness are equal in depth. Happiness has always been a popular aspiration both inside and outside of Buddhist circles and I often wonder about the type of happiness we may be craving today. Is it the same happiness that the Buddha was encouraging in early Buddh 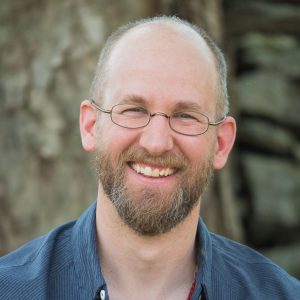 One big discovery that arose in my own spiritual practice was that I had been searching for the kind of happiness my society, family and culture had conditioned me to seek. It was the happiness of mere well-being. In other words, it was the classic attempt to maximize pleasant experiences and minimize unpleasant experiences. As much as I intellectually knew the folly of this, it took practice to recognize my conditioning and to see that such attempts, in fact, led to a meaningless and hollow life filled with a sense of separateness.

As I continued to practice, I began to discover that this spiritual path opens the door to a deeper sense of happiness and contentment, a happiness that I probably wouldn’t have defined as “happiness” at the beginning of this spiritual journey. This kind of happiness requires me to open my heart to not only my own suffering but to the suffering of others. I think this is why the Buddha broadened his description of happiness to include a heart also filled with the noble quality of compassion and willing to touch into the suffering of the world.

Yes, my mind still prefers pleasant experiences over unpleasant experiences but, like Bhaddiya, this path and practice have widened my heart to include a kind of bliss not confined to the narrow world of my preferences. It is now open to and part of this vast universe of the Dharma which includes everyone and everything, thus allowing me to savor the supreme happiness that arises from the spiritual path.

See more about Brian Lesage
Letting the Light In….
“Wandering Around an Albuquerque Airport Terminal” by Naomi Shihab Nye