The Parable of the Blind Men & the Elephant 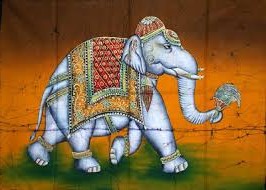 “The fool who knows he is a fool
Is that much wiser.
The fool who thinks he is wise
Is a fool indeed.”
The Buddha from the Dhammapada

Further, there were some who claimed that his figure was like a high column, others declared he was large and bulky like a big barrel, still others maintained he was smooth and hard but tapering. Some of the blind had taken hold of one of the legs, others had reached the main body, and still others had touched the tusks.

In the end they abused and scolded one another over their disagreements, and finally every one of them swore that everyone else was a liar and was cursed on account of his heresies. 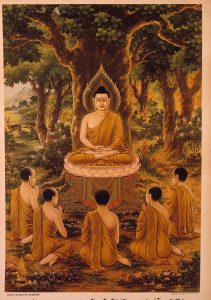 Everyone of these blind men was honest in his contentions, sure of having the truth and relying on his own experience. But the elephant trainer knows that every one of them has a parcel of the truth, that every one is right in his way, but wrong in believing his outlook to be the whole truth.

The master of the elephant was an Enlightened One. He brought the elephant of truth into the land of the blind, and those who listen to him well will understand that all the claimants have parcels of the truth. Those who takes refuge in his doctrine will cease to bicker and quarrel.

See more about Other Teachers & Folks We Value
Phillip Moffitt on on “Selfless Gratitude”
Letting the Light In….