A JATAKA TALE: The Baby Quail Who Could Not Fly Away 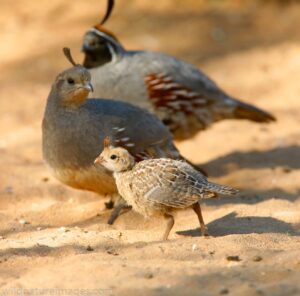 Once upon a time, the Enlightenment Being was born as a tiny quail. Although he had little feet & wings, he could not yet walk or fly. His parents worked hard bringing food to the nest, feeding him from their beaks.

In that part of the world, there were usually forest fires every year. So it happened that a fire began in that particular year. All the birds who were able, flew away at the first sign of smoke. As the fire spread, and got closer & closer to the nest of the baby quail, his parents remained with him. Finally the fire got so close, that they too had to fly away to save their lives.

All the trees, big & small, were burning & crackling with a loud noise. The little one saw that everything was being destroyed by the fire that raged out of control. He could do nothing to save himself. At that moment, his mind was overwhelmed by a feeling of helplessness.

Then it occurred to him, “My parents loved me very much. Unselfishly they built a nest for me, & then fed me without greed. When the fire 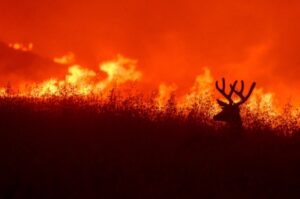 came, they remained with me until the last moment. All the other birds who could, had flown away a long time before.

“So great was the loving-kindness of my parents, that they stayed & risked their lives, but still they were helpless to save me. Since they could not carry me, they were forced to fly away alone. I thank them, wherever they are, for loving me so. I hope with all my heart they will be safe & well & happy.

“Now I am all alone. There is no one I can go to for help. I have wings, but I cannot fly away. I have feet, but I cannot run away. But I can still think. All I have left to use is my mind – a mind that remains pure. The only beings I have known in my short life were my parents, and my mind has been filled with loving-kindness towards them. I have done nothing unwholesome to anyone. I am filled with new-born innocent truthfulness.” 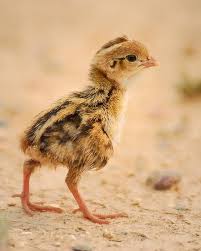 Then an amazing miracle took place. This innocent truthfulness grew & grew until it became larger than the little baby bird. The knowledge of truth spread beyond that one lifetime, and many previous births became known. One such previous birth had led to knowing a Buddha, a fully enlightened knower of Truth – one who had the power of Truth, the purity of wholesomeness, and the purpose of compassion.

Then the Great Being within the tiny baby quail thought, “May this very young innocent truthfulness be united with that ancient purity of wholesomeness & power of Truth. May all birds & other beings, who are still trapped by the fire, be saved. And may this spot be safe from fire for a million years!”

And so it was.

The moral is: Truth, wholesomeness and compassion can save the world.

The Jataka Tales is a body of literature which mainly concern previous births of Guatama Buddha in both human & animal form. In these, the future Buddha may appear as a king, an outcast, a deva, an animal – but, in whatever form, he exhibits some virtue that the tale thereby inculcates. For the Buddhist traditions, the jatakas illustrate the many lives, acts & spiritual practices which are required on the long path to Buddhahood. They also illustrate the great qualities or perfections of the Buddha & teach Buddhist moral lessons, particularly within the framework of karma & rebirth.

Interpreted from the Pali by Kurunegoda Piyatissa.

See more about Other Teachers & Folks We Value
“Making mindfulness of the body our friend”
“Be simple & easy. Take things as they come” Teachings from Anagarika Munindra