How a Growing Buddhist Movement Is Responding to the Ecological Crisis

A reflection on practice by David Loy

Ecodharma is a relatively new word, & its meaning is by no means fixed. The term combines the teachings of Buddhism & related spiritual traditions (dharma) with ecological concerns (eco). More specifically, ecodharma can be understood as a new development in contemporary Buddhism that responds to the ecological crisis threatening civilization as we know it. 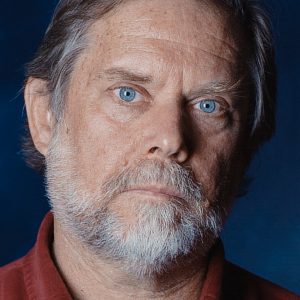 That is still quite general, of course. So let me say a few words about my understanding of ecodharma & why it is increasingly important to practice.

Three components of ecodharma stand out for me: practicing in nature, clarifying the ecological implications of Buddhism, & using that understanding to engage in the ecoactivism that the survival of our species calls for.

After the future Buddha left home, he lived in the forest, meditated in nature, & awakened under a tree. When Mara (the Buddhist devil) questioned his enlightenment, he touched the earth as witness to his realization. After that, the Buddha mostly lived & taught in the natural world, & when he eventually died, that, too, happened beneath trees.

Today we have largely lost our connection with nature, living & practicing in four-cornered buildings. But there is something special & precious about meditating outside & rediscovering our deep connection with the natural world. When we do, it becomes more evident to us that the world is not a collection of separate things but a confluence of natural processes that include us.

“We are here to overcome the illusion of our separation,” Vietnamese Zen master & poet Thich Nhat Hanh has said. Traditional Buddhist teachings help us to wake up individually & realize that we are not separate from other people & the rest of the world. And while the ecological crisis is a new challenge, many of those classic teachings are relevant to our situation. There seem to be important parallels, for example, between our usual individual predicament—our sense of separation from others—& our collective sense of separation from the natural world today. Is our ecological situation a larger version of the same problem? In both cases the separation between a self “inside” & the world “outside” is uncomfortable: a self that doesn’t really exist can never secure itself. Yet we keep trying, often in ways that just make things worse. We don’t need to “return to nature” but to realize that we’ve always been a part of it, & what that means for how we live. Eihei Dogen, who founded the Soto Zen school in the 13th century, described his own enlightenment as clearly realizing the “mind is nothing other than rivers & mountains & the great wide earth, the sun & the moon & the stars.”

Today we are called upon to live as bodhisattvas (or “ecosattvas”) who realize that activism in defense of the earth is an essential part of the spiritual path. Our now-global civilization has institutionalized greed & exploitation of the natural world, deferring the environmental costs of fossil fuels & unrestrained consumption to the future—a future that is now upon us. We need to plan & work together in order to promote what Joanna Macy & others call “the Great Turning”—a way forward that emphasizes a “life-sustaining civilization” in the wake of industrial, economic, & political destruction. 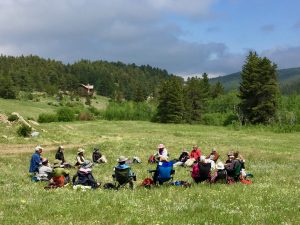 At different times practitioners may emphasize some of these components of ecodharma more than others, but all three are important. Then we can ask & plan together: what does it mean to be a bodhisattva today? How can we contribute to the healing of the earth, including the healing of our collective relationship with the earth?

David R. Loy is a professor, writer & Zen teacher in the Sanbo Zen tradition of Japanese Buddhism. (www.davidloy.org) He is also co-founder of the Rocky Mountain Ecodharma Center near Boulder, CO.