Driving west from Winslow, Arizona, I see mountains lightly covered with snow in the distance. These mountains provide the context for my life here in Flagstaff & offer my heart a reminder of the vast & beautiful freedom possible on this Buddhist path. Nuva’tukya’ovi in Hopi &

Dook’o’oos?ííd in Diné are just two native names for these mountains held sacred by thirteen different native tribes. Each tribe has its own history & stories interwoven into culture & language.  More recent history & narrative of these peaks, however, also include names given by non-native settlers & remind me how far we still have to go to truly taste that vast & beautiful freedom.

While English translations of native names for the Peaks include “the summit which never melts,” “abalone shell mountain,” and “place of snow on the very top,” the English name for the most prominent peak is “Agassiz,” after Louis Agassiz. Agassiz was a zoologist/naturalist whose pseudo experiments promoted a harmful & violent racist narrative of African-Americans as a degenerate race. That naming & how it is still accepted & used in non-native culture, echoes a past fraught with deep impacts of racism & colonization. 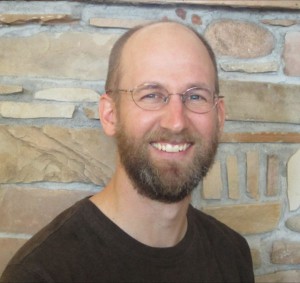 These echoes surround me, not only in the political discourse of this country, but in the institutions & societal systems within which I find myself.  And they echo even closer, residing within my own heart & mind. This mind of mine has been shaped by this society & culture. This mind’s thoughts & perceptions often unknowingly see the world through the clouded lens of racism & colonization.

How do we skillfully navigate echoes of racism & colonization that reverberate within our hearts & minds? The Buddha describes an activity of the mind which shapes the unfolding of moment-to-moment experience. This activity, called sankhara in Pali, refers to the action of constructing & fabricating, or to that which is constructed or fabricated.  Sankaras usually reflect our ignorance of the societal patterns shaping our actions, thoughts & perceptions

We could say that the historical momentum of societal racism & colonization is a sankhara that shapes our thoughts & actions here & now. For example, let’s say that I see a human body which the mind perceives as being old or young, large or thin, and with brown, black or white skin. Societal sankharas, based on ignorance, can then give rise to thoughts about these humans as either appealing & worth noticing or, oppositely, render them invisible & less important.  Skillfully working with this dynamic by noticing it with mindfulness & clear comprehension is both simple & complex. First developing the skill to recognize these sankharas as they arise, and to view them, with the light of mindfulness, as just a conditioned fabrication; and then setting the intention of noticing the “liking” or “not liking,” “seeing” or “not-seeing” as it arises, without guilt or critical self-judgement for having such thoughts or propensities, can begin to bring these societal sankharas into awareness & dispel our own tendencies to act on them.

As one of William Faulkner’s characters in his novel Requiem for a Nun famously says, “The past is never dead. It’s not even past.”  Mindfulness meditation is not a way to forget or deny the past, but rather to skillfully navigate those echoes of racism & colonization still alive & active in this present moment. Understanding these conditioned propensities for what they are offers a possibility for the heart to truly touch & connect with the person right in front of us. This is the way to allow the vast & beautiful freedom that is embodied by Nuva’tukya’ovi to shine forth.

See more about Brian Lesage
Letting the Light In….
Vimala Thakar on The Lovely State of Observation