A reflection on practice by Sayadaw Vivekananda

From the time of the Buddha’s birth in 623 BC, his birthplace Lumbini – now in Nepal – has experienced a variety of natural and 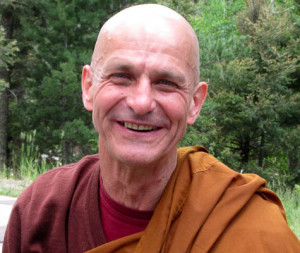 Since 1997, the year of Lumbini’s inscription on the United Nation’s World Heritage list, a total of 11 cement plants, 2 steel plants, and about 14 other carbon-emitting industries have been established within the Lumbini Protected Zone. Of these, a number of industries have recently expanded their production capacity, with at least 30 brick kilns operating in the area, creating atmospheric pollution. Urban development and biomass burning are other sources of air pollution. This pollution is the major cause for the degradation of Lumbini’s Ashoka Pillar, erected in the 3rd century BC by the Indian Emperor Ashoka to commemorate his visit to to Buddha’s birthplace. Additionally, increasing numbers of tourists visiting Lumbini have taken their toll on the ancient site.

A rapid transition from agriculture to industrial and urban activities in the vicinity of Lumbini has led to the loss of wildlife and habitats for endangered species. Cement dust accumulating on plants and soil has also affected plant growth and crop yield.

A number of central Buddhist principles can relate to environmental conservation and may help guide our actions in the case of Lumbini and other sites precious to humanity.  Influential in defining ethical attitudes toward the natural world are the four Brahma-viharas. Referred to as the “sublime attitudes,” universal love (metta), compassion (karuna), sympathetic joy (mudita), and equanimity (upekkha) foster feelings that lead to the protection of the natural world and ensure its well-being. A truly compassionate and loving human being would find it difficult to reconcile these sentiments with callous environmental damage and cruel sports pursued merely for the sake of enjoyment.

Ahimsa is one of the most basic principles of Buddhist ethics, and one for which it is universally admired. It finds expression in Buddhist ethics in many moral codes, but particularly as the first of the Five Precepts (panca-sila) which prohibits “onslaught on living creatures” (panatipata). Although ahimsa literally means “non-harming” or “non-violence,” it embodies much more than these negative-sounding translations suggest. Ahimsa is not merely the absence of violence, but involves a deeply positive feeling of respect for living beings, a moral position associated in the West with the terms “respect for life” or “the sanctity of life.”

In India, ahimsa seems to have been emphasized most among movements such as Buddhism and Jainism which emphasized concern (daya) and sympathy (anukampa) for living creatures, and an increasing empathy with them based on the awareness that others dislike pain and death just as much as oneself. As the Dhammapada notes, “All tremble at violence, all fear death. Comparing oneself with others one should neither kill nor cause to kill.”

As a result of its association with ahimsa, Buddhism is generally perceived as non-violent and peace loving. While Buddhist countries have not been free from war and conflict, Buddhist teachings constantly praise non-violence and express disapproval of killing or causing injury to living things. In the words of the Dhammapada, “He who has renounced violence towards all living beings, weak or strong, who neither kills nor causes others to kill – him do I call a holy man.”

Though ecology and animal rights were probably not distinct topics in the philosophical agenda of the ancients, under the influence of

ahimsa, rules and practices have since developed which concretely aim at avoiding damaging plants and more prominently animals.

Lumbini is a sacred site. But insensitive, rapid and uncontrolled industrial and urban development threatens its very existence. Sacred places need to be safeguarded, as many have been lost throughout history due to the lack of protection. There are strong calls for collective measures to safeguard Lumbini, the sacred environment of the birthplace of the Buddha, so that this precious World Heritage site and its peaceful setting can be passed on to future generations.

The writer has referred to the books Encyclopedia of Buddhism and Contemporary Buddhist Ethics by D.Keown in putting together this article, and had also used his translation of the Dhammapada for the quotes.