Vimala Thakar (1921-2009) was one of the great Indian teacher J. Krishnamurti’s closest & most spiritually evolved students… and a favorite of Hermitage Guiding Te 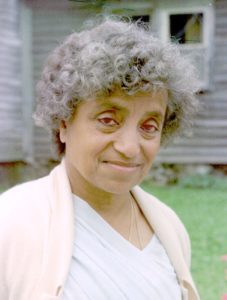 acher Marcia Rose. Vimala Thakar became a powerful and very much sought after spiritual teacher in her own right during her lifetime, and is considered to be a teacher who expressed the understanding and perfect balance between the enlightened heart/mind and social consciousness.

We must become deeply aware of our bondage if we value freedom. We begin to watch our behavior throughout the day; we notice the fear, the anxieties, how much behavior is controlled by acquisitiveness, how we compare ourselves with others and want to become something that we are not. When we watch our own lives, then there is the pain and agony that the awareness of the bondage creates. If we don’t observe this in ourselves, we are only theorizing about freedom. […]

As long as we cling to the idea that this is “my mind, my own personal mind,” we’ll have a strong tendency to want to look as good as possible. But if we observe the mind, from a non-personal viewpoint, from the perspective of non-ownership, simply observe our minds and how they function, we’ll be less trapped by judgments.

It’s a tremendous thrill to see the beginnings of anger or jealousy or greed, not simply to be caught unawares when the emotion is full-blown and has us in its grasp, but to see the first tiny movements of emotion. Where does it spread, what does it do to our behavior? Just as there is joy in exploring the unknown wildness, there is a delight in exploring the inner territory, in watching the volcanoes explode without any movement of defense, judgment, sense of ownership.

If we have never obs 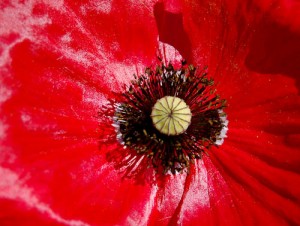 erved anger in ourselves from subtle beginnings to full explosion, we will always be caught in its force. We may try to suppress the behavior of anger, but still it will do its damage and we will not be free from it.

Attentiveness without any movement of the defense structure has its own intelligence. But the automatic tendency is to bring in defenses, judgments and to move from observation to justification, evaluation. We may say to ourselves, “My mother or my father was an angry person. I can’t help it; I’ve had an unhappy childhood, I am an angry person because of that.” […] All the explanations, justifications may be true, but they prevent direct perception of what it is that anger does to our bodies, to relationships, to the work we do.

— from ‘Ego: Emergence and Merging Back of the “I” Process‘ For an interesting article on Vimala’s life & work, read: Vimala Thakar: Liberation Beyond Gender by Elizabeth Debold

See more about Other Teachers & Folks We Value
Manifesting Spiritual Aspiration by Deepening Practice: People of Color Retreat for Experienced Students with Gina Sharpe and Larry Yang
Confessing To Happiness: The Skill of Opening to the Joys of the Spiritual Path