Living the Dharma on a Cellular Level

A reflection on practice by Jean Smith

Kathy: Would you speak about your relationship to The Mountain Hermitage?
Jean: Yes. When Marcia Rose first had a vision for The Mountain Hermitage, she talked with me about it and asked me if I wanted to be a part of it. I was so taken with the idea of making the Dharma accessible to all kinds of people in a beautiful, intimate setting with good teachers and a good relationship to nature. So I wanted to be part of it… and after I went to my first Mountain Hermitage retreats, I never left it. That was at least 10 years ago, it may have been 12, but it’s a good long while. 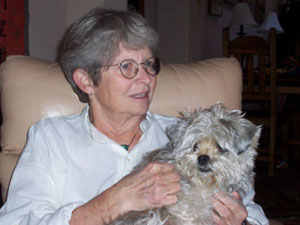 K: Were you involved with the Dharma before?
J: I was. I got involved with the Dharma when I was young. Sort of in a romance with “The Dharma Bums” and Zen Buddhism and that sort of thing. Then when I was in my early 40’s, I had an experience that got me involved in the Dharma from the neck down – it made that 18 inch drop from my head to my heart, so that I then had a heart-mind, whereas before I had only had a head. That experience was trekking in the Himalayas, coming into a very small village, and sitting for a couple of hours with a woman who was weaving. She was so completely mindful and involved in what she was doing… and I realized, “Wait a minute. This is a way of life. This is a way of relating to the world around you.” I knew then that she had something that I wanted, although I didn’t quite understand it at that point.

K: Was she a Tibetan Buddhist or Nepalese?
J: We were near the Tibetan border in Nepal. What I found in these small isolated villages was that people didn’t necessarily know what a Buddhist is. They knew who the Dalai Lama is, but they didn’t specifically identify themselves as Buddhist. There were some small gompas, some small monasteries, and they sometimes went to ceremonies there. But this was absolutely a way of life rather than something that would be called Buddhism. I think most telling was when I learned that these people had no word for “thank you.” You did what you were expected to do and it was beyond them. They could not imagine why anybody would thank anybody for doing these things that they ought to be doing anyway. And that, too, gave me an idea that there was something here that I wanted to know about. I wanted to be like that when I “grew up.”

I came back to this country and did what I always do – which was read every book I could find on the subject – which didn’t do me a whole lot. So then I started sitting, practicing meditation, going on retreats… and very, very slowly it moved into my heart-mind to the point that the Dharma became part of me at an absolute cellular level.

K: Were you in New Mexico during this period?
J: No, I was living in New York City and mostly I went for retreats up to the Insight Meditation Society in Barre, MA. My main teachers there were Joseph Goldstein, Sharon Salzburg, and also Sylvia Boorstein. I went on retreats as many times a year as I could get up there. 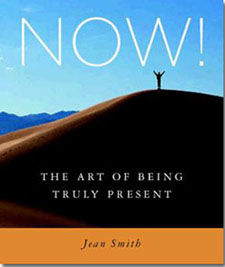 ere you doing in your other life?
J: My other life, I was in publishing… primarily college textbooks and humanities subjects. But I was also beginning to do some writing and some publishing on my own. And when I reached retirement, much earlier than I should have, I decided that I wanted to write the books. So I began, first of all, to edit books on Buddhism and then eventually to write books on Buddhism. Over a period of 30 years, I’ve published 10 books on Buddhism.

K: What makes you stick to the Dharma? You say it’s in your cells now, so I can imagine…
J: It’s definitely at the cellular level. It just simply made so much sense. There were so many metaphysical concepts and religious concepts out there, whereas the Dharma was just absolutely practical. And when I began to ask my major question — which was “What does this have to do with me?” – I always got an answer…and I always felt as if I had come home. And when I am involved with the Dharma, I am at home.

K: Any advice that you might give to beginning students?
J: I would say to get a tangerine and eat it mindfully. Because when you do that, when you peel it and see what it looks like and smells like and feels like, on the outside and the inside, when you break off a section and put it in your mouth, but don’t chew it yet… you suddenly discover that your tongue is doing very strange things. When you go through this and eat a tangerine this way, you’ll suddenly say something like: “I don’t think I’ve ever eaten a tangerine before!” or “Where did you get these tangerines?” And you really get the idea that – just as that tangerine tastes, looks, smells, better than any tangerine you’ve ever had – you can realize that your entire life can be a tangerine.

K: That’s wonderful. I don’t know if you wanted to add anything else for our readers?
J: Yes… being able to go on Mountain Hermitage retreats has been one of the greatest blessings for me in the last 10 years because I found that I could practice in a way that was very much unstructured. My practice could take the shape that it needed to on any given day. I found these retreats infinitely more fulfilling than any retreat that I have ever been on, and I want them to be available to everyone.

Jean’s latest book “Life is Spiritual Practice: Happiness through the 10 Perfections“ came out in February 2015 from Wisdom Publications.
For information on her other books, you can go to her website www.BuddhaBookSmith.com.

See more about Jean Smith
Reflection from Chris Clifford on Clear Comprehension in Daily Life
(sample) July 2014 Self Not Self And The Creative Process with Marcia Rose, Wynn Fricke and Sean Murphy